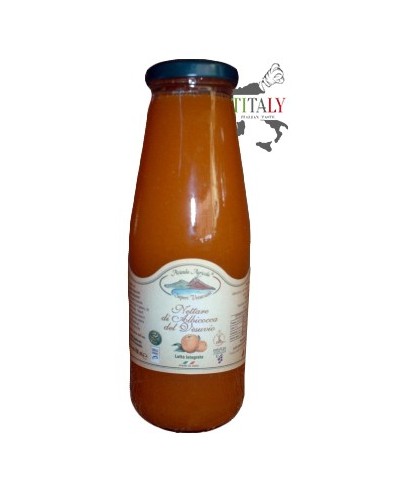 Juice rich in healing properties, a concentration of vitamin A and C, fiber, antioxidants and minerals.

The Apricot (Armeniaca vulgaris), a species of ancient origins from the south - western China on the border with Pakistan, has been introduced in Italy by the Romans from Armenia and Greece. The presence of apricots on the slopes of Vesuvius is documented as early as the first century d. C. in the writings of Pliny the Elder, although the first certain evidence of intensive cultivation in the area dates back to 1583 when Gian Battista Della Porta, a Neapolitan scientist, in his work " Suæ Villae Pomarium ", divides apricots into two major groups: bericocche with a round shape, soft and white pulp sticking to the stone and very colorful, soft and finest Chrisomele (from the Greek chrisomelos or golden apples) with not sticking pulp to the stone.

That is is why, in the Neapolitan dialect , the term " crisommole " has become synonymous with apricots.
The " crisommole ", are the most cultivated fruit in the Vesuvian area, where the volcanic soil, rich in minerals and potassium, encourages this crop giving the fruit a unique and typical flavor.
Under the name of Vesuvian Apricot we indicate , in fact, about 100 old varieties, all indigenous fruit and a selection of Mendelian, whose production area coincides with the area of the Vesuvius National Park. Poetic and bizarre are the names given to the different varieties: Baracca, Boccuccia Liscia, Boccuccia Spinosa, Pellecchiella , Portici, Ceccona, Palummella, Vitillo, San Castrese, Fracasso, Cafona, Prete, Prete bello, Taviello , San Francesco, Setacciara, Acqua di Serino, etc.
To characterize and distinguish one from the other varieties: the size, the intensity of its smell, the smoothness of the skin and flavor that varies from that very sweet of Pellecchiella apricots, the sour - bitter aroma of Vitillo varieties. But there are common characteristics such as the yellow-fleshed sweet, intense aroma and the yellow orange color of the skin, which overlaps the red shaded or dotted.

Maturation takes place in the medium-early period, so that the collection is carried out as early as from the middle of June.
Intended for direct and cool consumption, the Vesuvian apricot is also requested by the processing industry for the production of jams, juices, nectars, syrups and candied fruit. 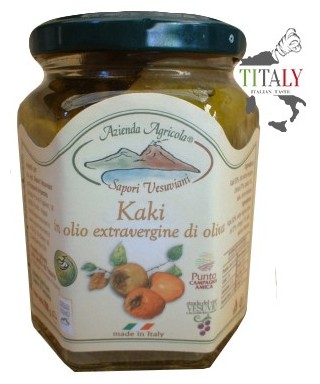 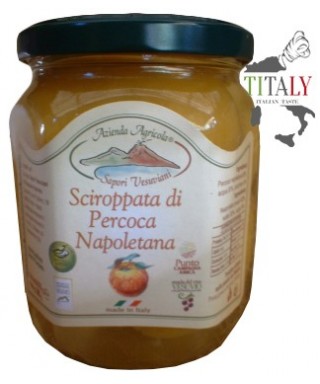 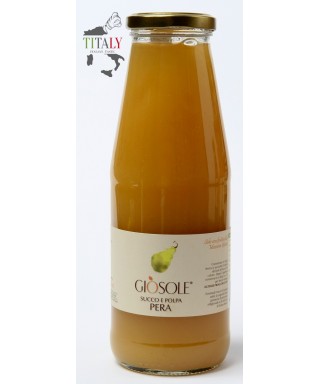 The pear juice is a product which is prepared with the best fruits of the variety Williams, collected in orchards of Masseria GiòSole when they have reached the right degree of maturity and the right amount of sugar. Ingredients: fresh fruit (minimum 75%) pears, sugar, lemon juice, ascorbic acid. Packaging: 720 ml glass bottle 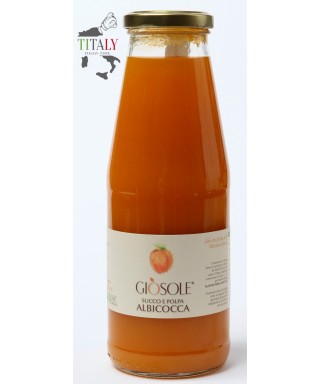 Apricot juice is a product that is made with the best fruit varieties Pellecchiella, collected in orchards of Masseria GiòSole when they have reached the right degree of maturity and the right amount of sugar. Ingredients: fresh fruit (minimum 75%) apricots, sugar, lemon juice, ascorbic acid. Packaging: 720 ml glass bottle 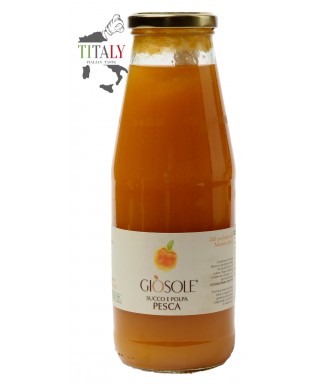 The peach juice is a product which is prepared with the best fruits of the variety Baby Gold, collected in orchards of Masseria GiòSole when they have reached the right degree of maturity and the right amount of sugar. Ingredients: fresh fruit (minimum 75%) peaches, sugar, lemon juice, ascorbic acid. Packaging: 720 ml glass bottle